While Richard’s  Chassis manufacture our new chassis, we are looking ahead, and getting parts ready for the reassembly, the Radiator has been re-cored and a standard 109 Series 2 fuel tank has been modified to fit the forward control by an excellent local company: Sheldrake & wells Ltd (www.sheldrakeandwells.co.uk).

Whilst browsing though eBay, we found a company – S P Land Rover – who manufacture rare body panels which includes forward control doors; I have been searching for these for years. The doors have now arrived and the quality is excellent, they also make the Lightweight doors and Station wagon rear side door bottoms. The company is well worth checking out, and their prices are like from the 70’s (www.splandrovers.com).

There are quite a range of swivel Housing Kit available for Series Land Rovers, Range Rovers, Defenders and Discovery 1 vehicles.

Here’s a Video which toursandtales.com has kindly let us use, showing how a Defenders swivel comes apart, and goes back together

We found this great Video on you tube and thought we would share it !

Over the last few months we have completed the strip down of our Forward Control 2B, the chassis was much worse than we had at first realised, serious tin worm had rendered it past its best and beyond repair, as a result a decision was taken to go for a brand new Galvanised chassis from our friends at Richards Chassis in Mexborough, www.richardschassis.co.uk these chassis are rare and difficult to make, but luckily they had all the plans and templates there ready to go, as well as another chassis on the books from another dealer, so it made sense to build them both at the same time.

On Friday the 11th Sandy and I took the old chassis up to them, so they could confirm a few small details, apparently there are several differences on the chassis over the lifespan of the forward control, on arrival we were met by Alistair and Duncan Banks, the owners of the company, who proceeded to give us a tour of the premises as well as an explanation as to how the chassis are constructed from scratch. I was very impressed with the end product, and recommend this company to anyone thinking of purchasing a new chassis, their knowledge and experience, as well as their easy and friendly approach make this a great company to deal with.

Whilst this is away being manufactured we now have to strip down and rebuild both axles, but I have a feeling the chassis will be back long before we get this task completed! 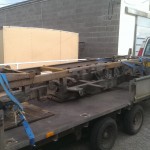 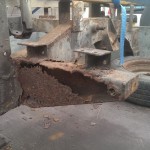 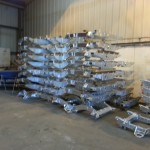 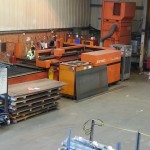 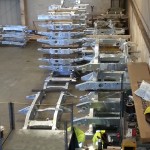 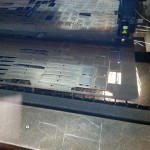