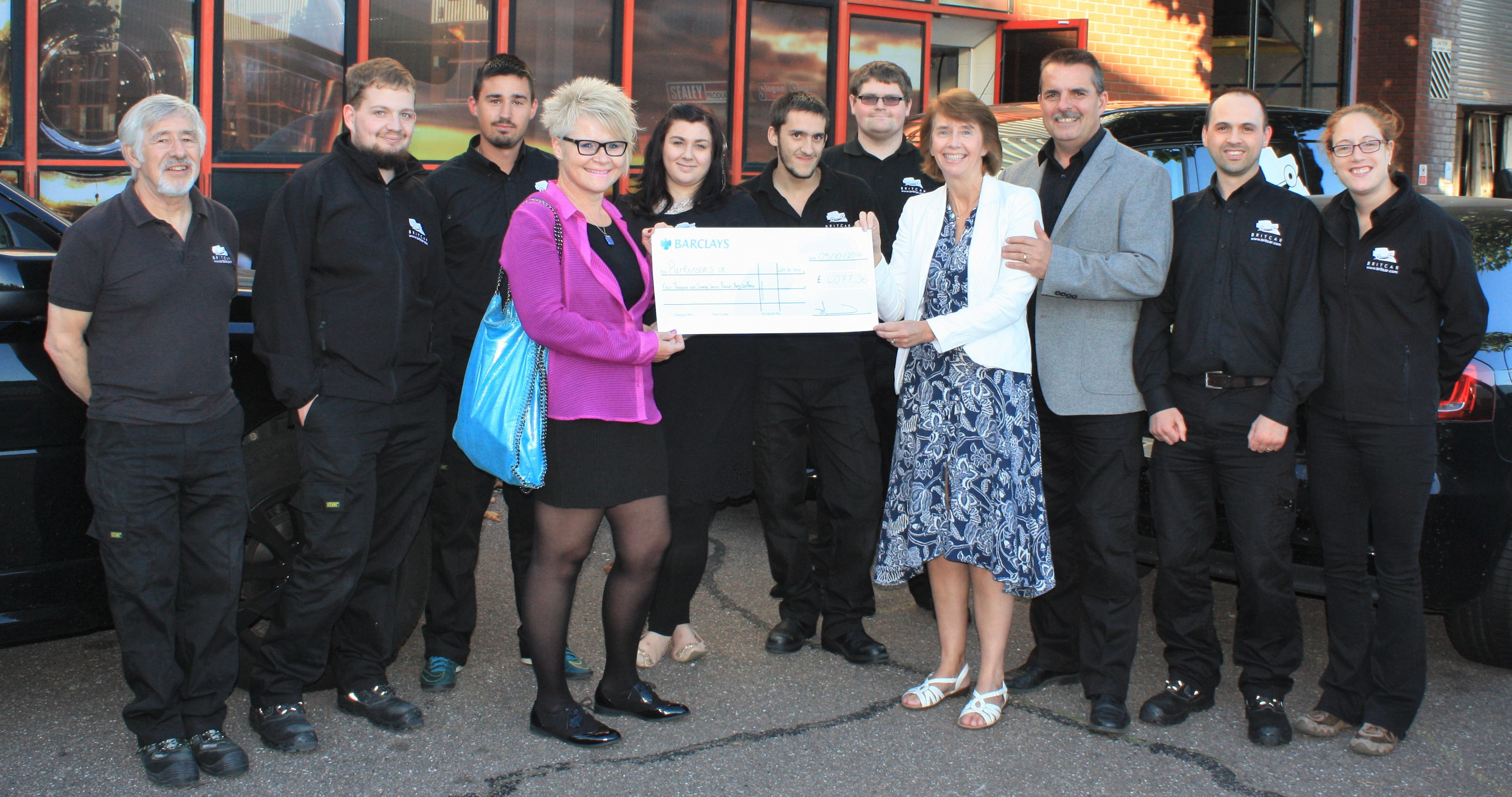 Duncan and Sandy Mansfield, and the team at Britcar (Global) Ltd were delighted to present a cheque for £4,077 to Lisa Burns from Parkinson’s UK this week.

The funds were raised during their charity open day on the 3rd September 2016, and online at justgiving.com. Several hundred friends and customers attended the open day, playing games and taking advantage of some very good deals available on the day!

Sandy, who was recently diagnosed with Parkinson’s, will be working closely with the local branch of Parkinson’s to decide where the money will be directed.

Britcar are proud to be supporting a charity that makes such a huge difference to the lives of local people.